An Afterlife Academy–can this be possible?

Wednesday, September 30th, 2015
Frank, how long have you been writing?Â Â I have been writing for as long as I can remember. It has always been something I enjoy and when I’m not writing, I’m fairly difficult to deal with.
Â
Tell us where you were born and where do you live now.Â Â I was born in Lexington, Kentucky. I still consider it my home, despite having now lived in Utah for a really long time. Kentucky will always hold a special place in my heart.

Â
How do you know the idea is good enough to write a book about it? That’s a good question. I think if I really love the idea, it keeps me up at night, I can’t stop talking about it, then I know it should be written. That doesn’t necessarily mean it will be published, but that’s not always the end goal. Sometimes you just need END_OF_DOCUMENT_TOKEN_TO_BE_REPLACED

Have you ever been Drawn into the Mist?

Sunday, September 27th, 2015
Philip E CarrollÂ how has your family background affected your writing, if it has?
From the time we were very young, my twin brother and I used to sit around and make up stories using. We each had our list of characters and talked out each of the experiences in their voices. I think this would fall under “Role Play” as my 13 year old daughter describes what she does on line with her friends.
When I was an early teen, my older brother started reading Lord of the Rings. The rest of us subsequently did as well. It started us all (four brothers) reading fantasy. When we would backpack in the Sierras and along the Pacific coast we relived these and other stories.
I feel that gave me a great love for using my imagination. Some of that comes forward to me now to be used in my stories.

What gave you the nerve to attempt your first novel?
My first novel, which END_OF_DOCUMENT_TOKEN_TO_BE_REPLACED

Is your vision dream the flight of the vessel?

Flight of the Vessel

Suzerain of the Beast

Robert, when did you first know you wanted to be an author?

When, after explaining a story I was thinking of, a friend tossed me a pen and a notebook and said, â€œstart writing it down.â€ Once I began, I couldnâ€™t stop. From that point on, I knew I wanted to become a writer.

What makes you passionate about writing?

The characters. Getting to know these imaginary friends even more deeply than anyone in real life. It makes you want to return to their world again and again. They are always there, and they are always glad to take you on an adventure at a momentâ€™s notice. Oh, and a good strong cup of coffeeâ€¦or twoâ€¦or three!

What was the pathway like for you to get your first book published?

Can you ever outrun a broken heart?

Monday, September 21st, 2015
Lisa, how long have you been writing?Â

Tell us where you were born and where do you live now.

Born in Alexandria,Â VA and currently reside in Frederick, MD

How do you know the idea is good enough to write a book about it?Â

That’s tough. Probably when I know the beginning and the end. All I have to do is fill in everything in between!

Who has made the greatest difference for you as a writer?

The best answer is it’s Danyelle Ferguson’s fault for getting me involved in this crazy writing thing.

What is the name of your book?

Tell us more about it. Perhaps a back cover blurb.

Can you ever out run a broken heart?

Shirley, tell us where you were born

I was born February 7, 1960 in Pittsburgh, Pennsylvania. My family moved to Salt Lake City, Utah when I was only twelve-years-old. Though quite the culture shock, becoming a barrel racing cowgirl during my teenage years helped me to adapt to the western lifestyle. Utah is my home. I love the people and the mountains. By the way, I was die-hard Steelers football fan up until this year when I learned they signed Michael Vick as the backup quarterback to Big Ben. I’m an animal lover. All of my kids have paws and I’ve adopted them from “kill” shelters. I am so passionate about animals, I simply couldn’t support an organization that rallies around a convicted felon who tortured, maimed, and brutally killed dogs … for entertainment, no less.

How cool is that… What is the most difficult thing about being an author?Â

END_OF_DOCUMENT_TOKEN_TO_BE_REPLACED

No technology but yes the science of Magic?

David, tell us where you were born and where do you live now.

I was born in New York City, and now live in Nanuet, NY, about thirty miles outside the city.Â  In between, I lived in Hollywood, Florida, Atlanta, Ga., and Chicago, Illinois.

Cool… What makes you passionate about writing?

That is a question like, why do you breathe? I’m a writer, and have been writing professionally for 40 years, longer if you count the years before I was published. And I cannot think of anything else I would rather be doing.

How long did it take you to write the first draft of your manuscript?

Of Born To Magic?Â  About 20 years of thinking, and about 8 months of writing until I was satisfied.

Born To Magic, Volume I of the series, Tales Of Nevaeh.

Could you give us a back cover blurb?

A Conversations with Mother Goddess?

Natalie Kawai is a Spiritual Teacher and Guide. Born on the shores of Lake Geneva, Switzerland, she now lives in Hawaii. Clairaudient from birth, she has always been haunted by the mysteries of life, why we are here, and our role in the universe. Moved by her intense desire always to go deeper in understanding the whys of the whys, she found the voice of the Great Mother of Creation twelve years ago. Since then, she has studied relentlessly with the Supreme Being in a constant and intense dialogue. This practice led her to understand why a gulf still exists between our divinity and our humanity. Under the Great Mother of Creationsâ€™Â guidance, she founded LSTâ„¢â€”Light SpeedÂ Transmutationâ€”Â a radical system to restore our lost consciousness and drive out the last part of our ego.

Buried in our soul forever, there is a piece of us that has not as yet been activated. That piece is END_OF_DOCUMENT_TOKEN_TO_BE_REPLACED

Would a rumored Mennonite settlement get your attention?

Disillusioned and feeling there is more to life than can be found on her family’s Indiana farm, atypical Amish girl Katie Knepp bucks tradition and leaves everything behind, bound for a supposed Mennonite settlement rumored to be somewhere aroundÂ OldÂ Amarillo, Texas.Â But the trail to Texas is a hard one, laced with disease, would-be-could-be bandits, and a drought so severe that turning back isn’t an option.Â During her epic overland struggle, Katie discovers friendship, even in the ever-present outlaw element, a strength in herself she’d never dreamed she possessed, and those in her past who refuse to become unwilling memories. Katie’s story isn’t Amish, nor is it western . . . it is uniquely Texan.Â

Sara Barnard and her family of six make their home deep in the recesses of Native America with a trio of rescue dogs, a trifecta of rescue cats, a flock of Easter Egger chickens, and a “tiny” herd of Dwarf Nigerian pygmy goats. 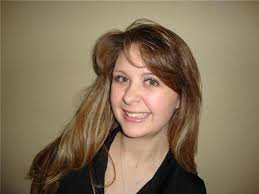 Some of Sara’s works include The Calling (Prairie Rose Publications), The Saga of Indian Em’ly series (Painted Pony Books), Shootout in Old AmarilloÂ (Prairie Rose Publications), The Everlasting Heart series, Rebekah’s Quilt, and Desperado (all from 5 Prince Publishing). Sara is a certified elementary teacher and a bona fide coffee aficionado. Follow Sara atÂ www.sarabarnardbooks.comÂ or @TheSaraBarnard on Twitter.
The InterviewÂ
How long have you been writing?
I’ve been writing since the third grade, when an essay I wrote won first place in a school-wide essay contest. It never really stopped flowing, but I never considered publication until I was 28 and three lifetimes later.
Tell us where you were born and where do you live now.
Born and raised in west Texas, I started looking for home as soon as I could travel. “Let’s go get lost,” I would beg when I was little. But we always did. Once I was old enough to spend summers volunteering for the Forest and Park Services, I began looking for where home was. Colorado, Alaska, Italy, New Mexico, Tennessee, Georgia . . . I didn’t find home until we were stationed in Oklahoma. Which is where we live now and raise our children, animals, chickens, and Nigerian dwarf goats.
How do you know the idea is good enough to write a book about it?
I am a pantster which means I fly by the seat of my pants as I write. If I can’t flesh out the story line into a book, I will put it away, but that hasn’t happened yet. If it is meant to be a short story, it is a short story or a novella. I have a ton of inspiration around me at all times and I read lots of nonfiction, which is full of inspiration.
Who has made the greatest difference for you as a writer?
My mother. She has never given up on me or my writing.
What is the name of your book?
Old Amarillo (Amish Journeys #1).
Tell us more about it. Perhaps a back cover blurb.Â
Disillusioned and feeling there is more to life than can be found on her family’s Indiana farm, atypical Amish girl Katie Knepp bucks tradition and leaves everything behind, bound for a supposed Mennonite settlement rumored to be somewhere around Old Amarillo, Texas. But the trail to Texas is a hard one, laced with disease, would-be-could-be bandits, and a drought so severe that turning back isn’t an option. During her epic overland struggle, Katie discovers friendship, even in the ever-present outlaw element, a strength in herself she’d never dreamed she possessed, and those in her past who refuse to become unwilling memories. Katie’s story isn’t Amish, nor is it western . . . it is uniquely Texan.
Do you have a favorite character, why?Â
I like Katie’s feisty spunk. She is atypical Amish who isn’t afraid to go after what she thinks she wants, with a prayer in her heart, despite what the world thinks. I think you’ll like her, too.
What kind of impact do you expect your works to have in the reader’s lives?
I hope my readers take away a little something they didn’t even know they were needing from my books — all of them.
Do you have any advice for authors trying to break into the industry?

Don’t stop writing, it will only take one yet to make your dream a reality! Write the book you want to read.

Where can we buy your book?