Rick made some mistakes as a boy, and as a young man, his worst was hurting Grace Evans 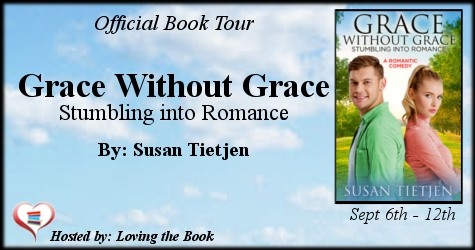 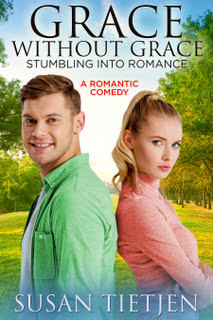 Grace has given up on romance, on almost everything, since Rick Fleming betrayed her faith in him five years ago. Given her constant struggle with bad luck (her friend Murphy), being insanely accident prone, and having been the target of endless ridicule growing up, she has no reason to trust anyone.
Rick made some mistakes as a boy, and as a young man, his worst was hurting Grace Evans. His heart still belongs to her, even if she doesn’t know it. Unfortunately, in the last confrontation between them, she demanded he never speak to her again.
Now, Grace’s best friend (and Rick’s sister) Hannah has invited her to a ten-day summer work-vacation to babysit Hannah’s teen cousins. A palatial cabin, a patio boat on the lake, and all the comforts of the rich and famous at their fingertips? A vacation made in heaven.
At least until they arrive and Grace finds Rick there. And neither can leave. Rick’s car is in pieces in the garage, and Grace forgot her driver’s license at home.
How will Grace survive it? Can she find a way to forgive? Can Rick learn to take
responsibility for his past mistakes? And even if they succeed, what will they do when Rick’s most recent wantabe girlfriend shows up on their doorstep, determined to make Rick hers? 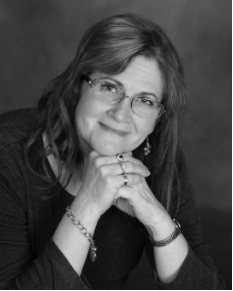 Susan was born and raised a Southern California girl but is grateful to have lived on the Oregon coast and in the Rocky Mountains of northern Utah. She’s now enjoying living with her husband in the incomparable beauty of the Redwood forest, nestled against the rugged coast of Northern California.
Susan raised a tribe of children, making ends meet as a registered nurse and lactation consultant, and now her tribe members have tribes of their own and she doesn’t get to see enough of them. She loves to travel and is thrilled with a good movie or a great book, but writing is her passion. She writes almost anything, especially epic fantasy and romance.
Susan would love to hear your comments. Please review her book at your favorite retailer or at Goodreads. Take a peek at her website, susantietjen.blogspot.com, and/ or drop her a note at:
stietjen.author@gmail.com.

Rick dropped onto his bed, staring at the ceiling and wishing he was anywhere but here. He looked at his hands, hands now those of a twenty-five-year-old man. They were stained in a few places with car grease, thick from working out, and scarred across both palms from the accident. The accident. His badge of shame.

He wondered how differently life would have gone five long years ago if he’d taken Sean’s dare to kiss Grace. Would she have hated him more for doing it than not doing it? Would she have accused him of using her for a thrill instead of showing her how he truly felt? He feared both as much as he feared showing his feelings to Sean. Still, was there something—anything—he could have done that would have changed that awful night?

Grace’s clumsiness annoyed Scott and gave Sean another reason to tease her, which upset Rick. Everybody had clumsy moments. Even clumsy days. After all, he smacked himself in the face with a wrench this afternoon and had to chase it across the garage floor before he snagged it. He was the klutz, not Grace.

He sighed, wondering if what Hannah often told him was right. Sometimes angels came along and, in the strangest ways, guided God’s children in the right direction. Coming here had been a last-minute decision, the thought jumping into his head out of the middle of nowhere. But maybe this week might turn out to be a gift from Heaven. If he could get past Grace Evans’ defenses, he might be able to earn her forgiveness, even if he wasn’t able to find a way into her heart.

This entry was posted on Friday, September 6th, 2019 at 01:46 and is filed under Book Highlight, Romance. You can follow any responses to this entry through the RSS 2.0 feed. You can leave a response, or trackback from your own site.