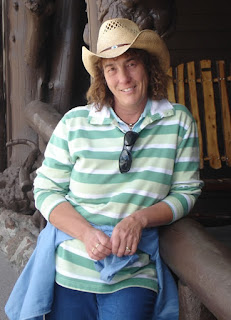 Cas lives in the lovely county of Hampshire, southern UK, where she was born. On leaving school she trained for two years before qualifying as horse-riding instructor. During this time she also learned to carriage-drive. She spent thirteen years in the British Civil Service before moving to Rome, Italy, where she and her husband, Dave, lived for three years. They enjoy returning whenever they can. Cas supports many animal charities and owns two rescue dogs. She has a large collection of cacti and loves gardening. She is also a folk singer/songwriter and is currently writing and recording nine folk-style songs to accompany each of her fantasy books. You can listen to and download all the songs from her website:Â www.caspeace.com
See the video of her performing live at the Kingâ€™s Envoy book launch here:
http://www.caspeace.com/cas-peace/the-wheel-will-turn

The scarecrowâ€™s evil knows no bounds …
Having failed to save her friends from the scarecrowâ€™s malevolence, Sullyan plunges into despair. Reen holds all the aces and nothing now, it seems, can prevent him from wreaking utter destruction. Nevertheless, she must try one last time, cast her life away if necessary, to avenge her loved ones. She marshals her forces and marches on Bordenn.
Yet Reen has usurped the power of a Master Artesan, and knows everything Robin once knew. Luring Sullyan to Bordenn is his only desire. The scarecrow squats in his lair, avid for Sullyanâ€™s power, holding one final bargaining chip to force her into surrender. Her only glimmer of hope lies in a vague reference contained in the ancient diary of a long-dead Supreme Masterâ€”that, and a whispered message from a familiar spirit.
Yet even hope has its price, and life demands life in return.

First lets take a look inside the book with this excerpt:

As they penetrated deeper into Lerricâ€™s palace, Sullyan grew more and more uneasy. A strange feeling she could not name gnawed at her senses. Partly it was fury, for this was where her life mate had breathed his last under unspeakable torture, and somewhere in this deadly place lurked the monster who had devoured his soul. Her heart clamored for vengeance; her spirit cried for mercy.
Yet she could not locate her enemy, and this gave rise to frustration. Shielded as she was, still she sent forth probes; slim, delicate slivers of power, just enough to touch a wary mind, just enough to give her that edge. Failing continually, her fury grew.
She also felt dread, fear, reluctance. The more empty rooms they searched, the fewer remained. Their quarry was running to ground, and soon they would unearth him. Except he wasnâ€™t running andÂ theyÂ were the quarry.
This aspect of her growing unease affected her the most. The palace was a trap and she had entered it willingly. She was dancing to anotherâ€™s tune, and her choices were limited. Nevertheless, she advanced, caught in this masterâ€™s game, compelled by love and justice. Her wounded soul bled with every step she took.
They remained unchallenged and unhindered throughout the length of their search. Nothing moved to dismay them, nothing sounded to alert them. The rooms were all silent, the hallways deserted, no signs of life even in the private rooms Elias had so recently visited. The men of Sullyanâ€™s company strode at her back, eyes alert, swords at the ready, muscles tensed for action. Action they were denied until, at the very last, they came to a large iron-bound door proudly displaying the hunting dog emblem of client-king Lerric.
Limp standards hung on either side of the door, luxurious fabrics worked with gold thread suspended from poles of silver. A horn rested in a niche in the wall, just waiting for the herald to sound it. But the herald was absent and the standards hung still, cold air whispering about them.
â€œLerricâ€™s throne room.â€ Eliasâ€™s body quivered with tension. He had caught Sullyanâ€™s frustration and the futility of their search so far was jangling his overstretched nerves. â€œAnteroom first and then the main hall. Itâ€™s large, even by Loxton standards.â€
Sullyan didnâ€™t reply and the King cast her a glance, unwilling to intrude on her thoughts. Her men stood behind her in silence.
Finally, she spoke, her voice sounding distant and ragged. â€œThey await us in the anteroom.â€
Eliasâ€™s head came up eagerly, like a hound scenting prey. â€œThe Baron?â€
She shook her head, her expression fixed and grim. She brought up her sword. â€œHis guard.â€ She turned to Elias and spoke curtly. â€œStay by me. Remember your oath.â€
It was an unmistakable order and he nodded before turning his attention back to the door. The others shifted behind him, eager for action; anything to end this uncertainty. Those carrying torches left them in sconces or extinguished them. The hallway faded around them.
Wil came abreast of Sullyan and laid one hand on the door, weapon held ready in the other. Sullyan took a deep breath, held it, let it out. On the next inhalation, she nodded to Wil, who took hold of the latch and pushed open the door.
The anteroom was large, as large as Eliasâ€™s dining hall. Like the rest of the palace, it was in darkness, but torchlight from the hallway flickered faintly on steel deep within the room. The stirring of feet could be heard, the intake of breath. But no one came to challenge them, no one came to fight. Sullyan let her fury build. It would seem she would have to carry the fighting to them.
So be it.
â€œGentlemen. Let us make an end.â€
Now lets get a look at this cover! 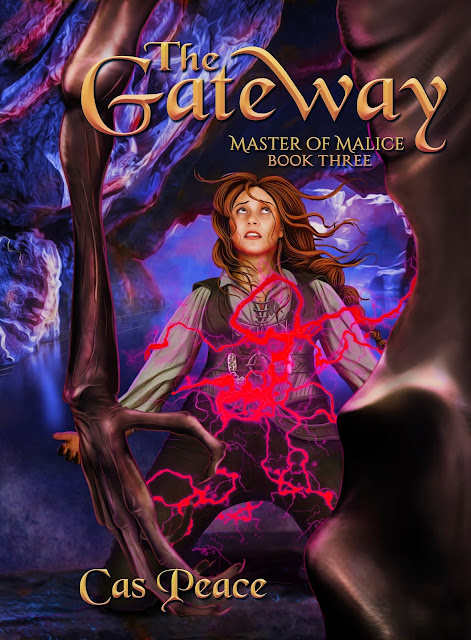 This entry was posted on Tuesday, December 5th, 2017 at 01:17 and is filed under Book Highlight, Fantasy. You can follow any responses to this entry through the RSS 2.0 feed. You can leave a response, or trackback from your own site.