The silence around us makes my stomach twist… 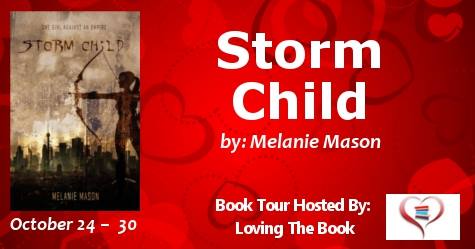 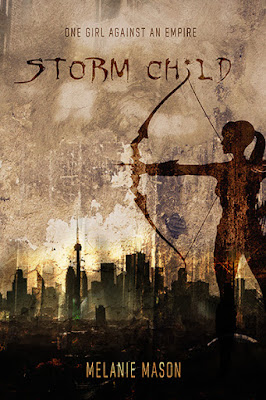 16-year-old Eridale Storm must leave the only home sheâ€™s ever known and brave the dangers of the unknown wilds to escape capture by Imperial soldiers.
The only safe place is with her mother, who abandoned her to lead the freedom movement when Eridale was just a child. On her journey, Eridale learns that she holds a key role in the confilct between the Empire and the Freedom Fighters. Her choices could lead the people back to freedom or shackle them under the imperial throne forever.
Can Eridale face the heritage that will define the rest of her life? 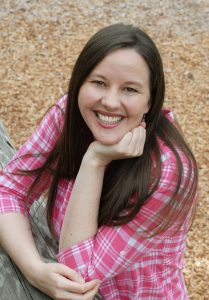 Melanie is an author, designer, photographer, and flight attendant all rolled into one. SheÂ has told stories all her life and finds her passion in sharing the plots that spin through her head. She now lives in Portland, Oregon, with her two dachshund-chihuahua dogs. She loves the beauty of the Pacific Northwest that feeds her imagination.

When no one is listening, Melanie loves to belt Broadway songs in her living room and car. Someday she hopes to be on a flight where someone is reading her book.
Connect with the Author here:Â
~ Facebook ~ Website ~ Amazon ~
~ Goodreads ~ Twitter ~ Blog ~

Scot tugs at my elbow, urging me toward another natural passageway that widens into an open space twice the size of the previous cavern. I stare up at the rounded ceiling above my head. The formation appears natural though the six hollowed openings all around the edges do not. Each of the six openings has a man-made desk situated in it, and each opening looks like it serves a specific purpose. Some have computer screens attached to the wall, others have devices that look like strange ear muffs.

Before I can find out more, Scot leads me down the dimly lit hall to the left. With each step my body tenses. If these people arenâ€™t who they say they are, Iâ€™m in big trouble. I scan the area, mentally mapping my surroundings and searching for the best possible escape routes. My fingers tighten on my bow. I take a breath to calm the rising paranoia, telling myself that if they were the enemy, they wouldnâ€™t take a chance leaving me armed.

We turn a corner and enter another cavern. This one is more than triple the size of the first. The whole stinking mountain must be hollow. Several levels of openings, each with their own group of busy people, rise above me to the ceiling nearly forty feet overhead.

My mouth drops open, and my eyes dart around the room, trying to take in everything all at once. On one side of the cave, six computers surround a screen similar to the one Melami used to show Leahli and me the information about Mericon. The people at the computers watch the screen intently, accompanied by a low murmur of voices. Opposite the computers I notice a short passage to another room where, at a glance, I make out all sorts of gadgets and equipment.

On the second level people move around dressed in white coats, and I wonder if they are medicine men and women, or doctors as Tolareeâ€™s textbooks termed them. I turn in a circle, craning my neck to see what is on the third and fourth levels, but my limited height hides them from view.

As I turn, the murmur of voices slows and eventually stops. The eerie silence captures my attention. My gaze comes full circle to meet a slightly older but otherwise mirror-image version of myself. Everything from the petite frame right down to the flaming red hair and violet eyes is the same. My mother, Guinolen Storm.

Now that I regard her in person, I notice the subtle differences between us. Her milky white skin is much paler than mine, and her hair is much tamer and more controlled, with a lot less curl. Sheâ€™s a fraction of an inch shorter than me, and her mouth is heart-shaped while mine is more oval.

The silence around us makes my stomach twist, and I shift my feet.

Her smooth voice holds a lilting hint of an accent. As it sounds across my ears, a thousand brief memories assault me. I remember that voice singing softly in the darkness. I remember it crying as well as fighting. I remember it pledging love to Tanier McClough and later telling me I have a sister. Tears spring to my eyes as these memories flood in, momentarily pushing the harsher feelings back. That lasts for about five seconds before all the longing, sorrow, frustration, and anger return with a vengeance. I swallow hard, working to rein in my tumultuous emotions.

My voice is flat and emotionless when I respond. â€œMom.â€

This entry was posted on Wednesday, November 29th, 2017 at 01:05 and is filed under Book Highlight, Fantasy, Young adult. You can follow any responses to this entry through the RSS 2.0 feed. You can leave a response, or trackback from your own site.