The perfect blend of sassy, smart and stylish 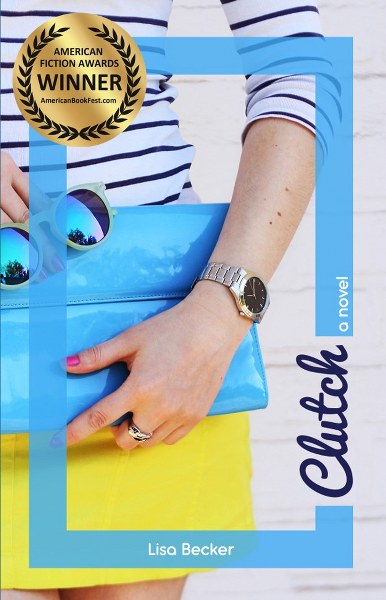 **Winner
of the best
romantic comedy for the 2018 American Fiction Awards!
**
*
Now with five new bonus chapters *
ClutchÂ is
the laugh-out-loud, chick lit romance chronicling the dating
misadventures of Caroline Johnson, a single purse designer who
compares her unsuccessful romantic relationships to styles of
handbags â€“ the â€œHoboâ€ starving artist, the â€œDiaper Bagâ€
single dad, the â€œBriefcaseâ€ intense businessman, etc.Â Â With
her best friend, bar owner Mike by her side, the overly-accommodating
Caroline drinks a lot of Chardonnay, puts her heart on the line,
endures her share of unworthy suitors and finds the courage to
discover the â€œClutchâ€ or someone she wants to hold onto.Â Â
What
Reviewers Are Saying:
â€œLOVED.
The perfect blend of sassy, smart and stylish!â€
Amazon
Bestsellers Liz Fenton & Lisa Steinke
â€œThis
book is absolutely hilarious!â€
Pretty
Little Book Reviews
â€œI
thought the comparison to men and handbags was so
genius!Â BeckerÂ really knows how to write to her audience,
and this clever novel had me giggling throughout.â€
Chick
Lit Plus
Add
to Goodreads
Amazon
* Audible
* Apple
* B&N
* Google
* Kobo 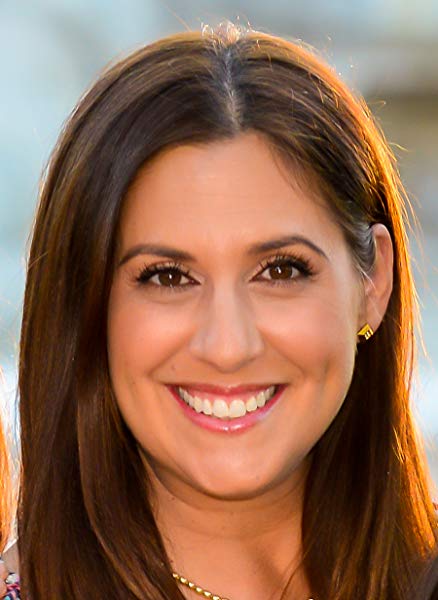 Lisa
Becker is a romance writer who spends her time like she spends her
money – on books andÂ margaritas.Â  In addition to Clutch: a
novel, she is the author of the Click trilogy, a contemporary romance
series about online dating and Links, a standalone, second chance
romance readers.Â  As Lisaâ€™s grandmother used to say, â€œFor
every chair, thereâ€™s a tush.â€ Lisa is now happily married to a
wonderful man she met online and lives in Manhattan Beach, California
with him and their two daughters. So, if it happened for her, thereâ€™s
hope for anyone! You can share your love stories with her
atÂ www.lisawbecker.com.
Â
Website
* Facebook
* Twitter * Instagram
* Amazon
* Goodreads

Follow
the tour HERE
for exclusive excerpts, guest posts and a giveaway!
Â 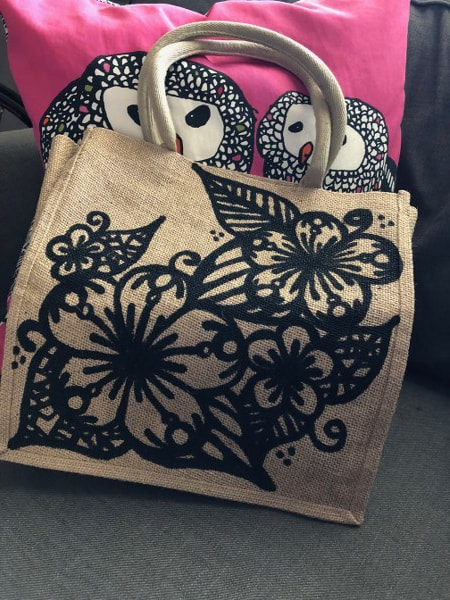 Five women navigate life, careers, children, family, and the men in their lives.

Five
women navigate life while juggling careers, children, family, and the
men in their lives.
Charlie
is bored with the family tradition of Sunday Dinner so she brings a
friend her family won’t approve of to spice things up a bit. Will
this friend go too far and cause too much damage?
Rose
only wants to do what is right and keep her family safe. How can she
do that when the world is so dangerous and her teenagers so willful.
Will helping a friend invite trouble into her perfect world?
Lindsay
loves to have fun and enjoys the company of men. She is a modern
playgirl who will stop at nothing to get a man’s attention. Will she
find what she’s looking for or something unexpected?
Sophie
wants to keep the peace and keep everyone happy, especially her
ex-husband, so her children will live with her full time. Will she
lose the children if she can’t afford to take care of them?
Justine
wants to escape her perfect life, she just doesn’t realize it. Will
she find the passion that is missing or will she continue to hide
behind her computer screen? Â
Goodreads * Buy Link

Shannon
Peel grew up in Enderby, BC where her family’s root run deep. Growing
up where television was either non existent or very limited she
relied on books & imagination to escape into the world
beyond.Â
Â
She
went to UBC to study and earn a general studies BA with a
concentration in Political Science and Economics. Macro analysis of
world events, social justice and human motivations became a passion
of hers. This passion is a driving force in all her stories, which
have political, economic, and social justice undercurrents.Â

After
a career in the financial field she decided to stay home and raise
her two children until school age. In 2007 she return to the
workforce as a sales / marketing / advertising professional. She
currently resides in BC’s Lower Mainland with her two teenage
children.Â

Bennett
Montgomery was the bachelor at large of his generation in San
Francisco with no problems and no responsibility except to show up
and look pretty on the red carpet. But overnight he was forced into a
situation where he had to grow up and take the reins of the family
business or risk losing it.
His assistant gave him the devastating
news that he had the responsibility but none of the money or control
until and unless he was married by thirty three. That started a
series of events in his life that put him on a collision course with
his past, the future and his present.
Chevon Bouche grew up fast after she
lost her parents in a horrible car accident. She was left on her own
to run the family business. Scheduled to marry her longtime boyfriend
and settle into a life of boredom and babies. When in her heart she
wanted to sing like a bird on the stages of the best Operaâ€™s houses
in in the world.
After an unexpected meeting with
Bennett, Chevonâ€™s life was thrown pell mell into a new life of
glamour and prestige she never dreamed possible. But because of
Bennettâ€™s past there were complications that threatened their
contracted union and other women were the least of the problem.
Chevon and Bennett were forced to make a decision but would they
decide on the money or an inheritance of love.
Goodreads

I
love writing Chick Lit/ Romance. I recently re-edited and reapplied
the lipstick of my Chic Lit Serial, Deja Vu of Love. The series
starts off with Deja Vu Packing for the Journey the first book of the
story in the Deja Vu Series. As a writer, I am partial to using a
third person multiple POV style of writing. Although not well known
it is frequently used in Romance and other genres where multiple
points of views add to the depth and value of the story line and
character interactions.
I
prefer moving the story along through the use of dialogue versus
narrative. I think it’s because I can give a distinct voice to all my
characters. As a writer, I believe that dialogue helps define the
characters as breathing, warm blooded people. I write about real
women with flaws who are strong and confident and ready to live life.
Women like all of us who donâ€™t always have dinner ready on the
table. The one who acts inappropriately at PTA meetings once in a
blue moon you know the girl Iâ€™m talking about, itâ€™s you.
I
enjoy watching my characters grow and change as the story of their
lives unfolds. I try not to be a control freak and let the characters
write the story after all, itâ€™s their life.
So
if youâ€™re a reader who likes to hear the voice of your characters
and share their POV Iâ€™m your next favorite writer LOL
Just
a little something about me Iâ€™m a retired Actress, Director,
Choreographer, who discovered her real passion in life, was writing.
I have two sons Zachary and Garette I also have two doggie kids Hazel
and Harry. My free time is spent in the garden enjoying nature,
decorating, and writing. I would love to have feedback from readers I
think we are always curious about what people think of our work.
So,
here is my suggestion get a great glass of red wine, start the bubble
bath grab a couple of chocolate covered caramels with sea salt and
enjoy a good book. I hope you love and enjoy reading the characters
with minimally twice the enjoyment I had writing them to life.
May
you enjoy all the bad boys of romance with none of the pain.
Facebook * Twitter * Amazon * Goodreads

Shyla Ericson escaped a horrific past to start a new life as a tough, sassy cop in the hustle and bustle of LA. She is chosen for the case of a lifetime that will throw her into a world of organised crime, deceit and betrayal. The only problem is; it will take her back END_OF_DOCUMENT_TOKEN_TO_BE_REPLACED

My youngest son is still in school, so weâ€™re up early trying to get him out the door. I try to get my exercise in the morning, like a good girl, and then schedule what needs to be done for my family. Iâ€™m not a full-time writerâ€”yetâ€”although Iâ€™d like to be. After that, I feel like I can sit down and write. Although, some days, I get so wrapped up in my story, I barely acknowledge anyone around me, which I know they find extremely annoyingJ

Been there done that. 🙂 Do you write with music or not?

I love music, but I also love to sing, and Iâ€™ve found that I canâ€™t sing and write at the same time. Somehow, that combination of multi-tasking doesnâ€™t work well for me. Usually, I donâ€™t write with music unless it helps me with a scene Iâ€™m working on. Epic battle scenes require some serious Lindsey Stirling playing in the background. Sometimes, music lyrics help me channel the romantic aspect in a book better.

I have found that too. What is the title of your book? END_OF_DOCUMENT_TOKEN_TO_BE_REPLACED

Belle and her cousins have conquered their fears. Now as they navigate their way through the dating world, they start to see a “happily ever after” on the horizon. But when an unexpected school assignment forces them to examine their past, the Princess sisters realize they have a lot of questions about the fathers they’ve never met. Secrets are revealed, long lost family members are discovered, and now the girls must decide who belongs in their future and who should be kept in the past. END_OF_DOCUMENT_TOKEN_TO_BE_REPLACED