The impossible has become reality! A masked man possesses extraordinary powers, and he’s using those fantastic abilities to fight crime and pursue justice

The impossible has become reality! A masked man possesses extraordinary powers, and he’s using those fantastic abilities to fight crime and pursue justice. Meanwhile, Miranda Thomas expects to fail at the only thing she ever wanted to do: become a famous star of the stage and screen. One night, Miranda encounters a woman who’s more than human. But this powerful woman is dying, fatally wounded by an unknown assailant. Miranda’s next decision propels her life in a new direction—and nothing can prepare her for how she, and the world, will change.
Add to Goodreads
Amazon * B&N * Books-A-Million * IndieBound

Daniel Sherrier is a writer based in central Virginia. He is the author of the novel “The Flying Woman.” A College of William & Mary graduate, he has worked for community newspapers, written a few plays that have been performed, and earned his black belt in Thai kickboxing. And there was that one time he jumped out of an airplane, which was memorable.
Website * Facebook * Twitter * Instagram * Amazon * Goodreads

Hidden Legacy world, where magic means power, and family bloodlines are the new currency of society… 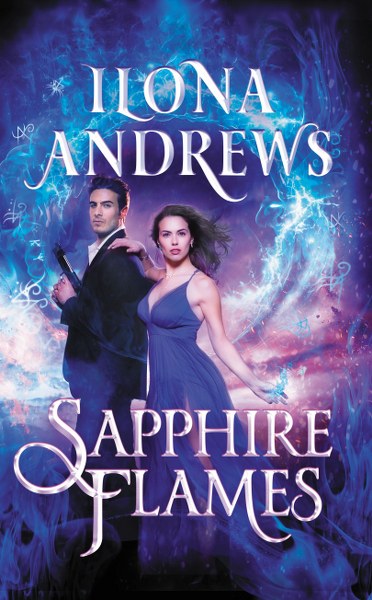 From
#1 New
York Times bestselling
author Ilona Andrew comes an enthralling new trilogy set in the
Hidden Legacy world, where magic means power, and family bloodlines
are the new currency of society…
In
a world where magic is the key to power and wealth, Catalina Baylor
is a Prime, the highest rank of magic user, and the Head of her
House. Catalina has always been afraid to use her unique powers, but
when her friend’s mother and sister are murdered, Catalina
risks her reputation and safety to unravel the mystery.
But
behind the scenes powerful forces are at work, and one of them
is Alessandro Sagredo, the Italian Prime who was once Catalina’s
teenage crush. Dangerous and unpredictable, Alessandro’s true
motives are unclear, but he’s drawn to Catalina like a moth to a
flame.
To
help her friend, Catalina must test the limits of her extraordinary
powers, but doing so may cost her both her House–and her heart.
Add
to Goodreads
Amazon
* Apple
* B&N
* Google
* Harper
Collins 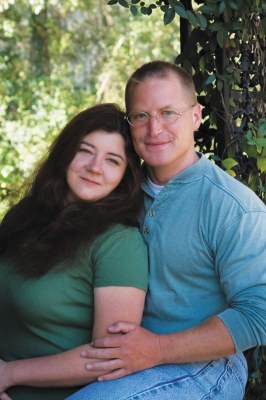 “Ilona
Andrews” is the pseudonym for a husband-and-wife writing team.
Ilona is a native-born Russian and Gordon is a former communications
sergeant in the U.S. Army. Contrary to popular belief, Gordon was
never an intelligence officer with a license to kill, and Ilona was
never the mysterious Russian spy who seduced him. They met in
college, in English Composition 101, where Ilona got a better grade.
(Gordon is still sore about that.)
Gordon
and Ilona currently reside in Texas with their two children and many
dogs and cats.
They
have co-authored several NYT and USAT bestselling series. They are
currently working on urban fantasy of Kate Daniels, the paranormal
romance of Hidden Legacy, and their independently published series,
Innkeeper Chronicles.
Website
* Facebook *
Twitter * Bookbub
* Amazon
* Goodreads

Unless lifeliners rise up and fight for their rights, they can expect sterilization, incarceration, and possible extermination

When
everybody is against them, it is tough being a lifeliner, as Nash
Bannon found out. Lifeliners are ordinary people…almost. They can
draw energy from another person; they live longer and are smarter.
Scientists claim that Western high-pressure living and growing
sterility in developed countries has triggered the rise of
lifeliners, and homo sapiens will replaced by homo renata within ten
generations. So, what’s not to like about lifeliners? Protest
marches by extremist groups, riots, attacks against lifeliners,
repressive laws enacted by governments everywhere, were portents of a
dark future. Young, successful, Nash Bannon did not like what was
going on, but he thought he had the world at his feet and life in
Australia was good, provided no one found out he was a lifeliner. A
chance encounter with Cariana during a lunchbreak develops into
something he considered important. The Australian government calls a
snap election, and Nash stands as a Senate candidate on the Lifeliner
Party ticket. Unless lifeliners rise up and fight for their rights,
they can expect sterilization, incarceration, and possible
extermination as democracies everywhere turn into autocracies. To
survive, the Lifeliner Party must employ the same dirty tricks the
government used against them, but they were not prepared for what
awaited them.
Add
to Goodreads
Amazon
* Smashwords

Stefan
Vucak has written eight Shadow Gods Saga sci-fi novels and six
contemporary thrillers. He started writing science fiction while
still in college, but didn’t get published until 2001. His Cry of
Eagles won the coveted Readers’ Favorite silver medal award, and his
All the Evils was the prestigious Eric Hoffer contest finalist and
Readers’ Favorite silver medal winner. Strike for Honor won the gold
medal.
Stefan
leveraged a successful career in the Information Technology industry,
which took him to the Middle East working on cellphone systems. He
applied his IT discipline to create realistic storylines for his
books. Writing has been a road of discovery, helping him broaden his
horizons. He also spends time as an editor and book reviewer. Stefan
lives in Melbourne, Australia.
Website
* Facebook *
Twitter * Bookbub
* Amazon
* Goodreads

When darkness settles over Erik and Felicity’s path, will their emerging love be enough to light the way? 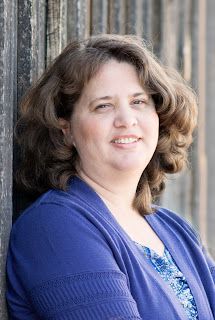 Laura L. Walker grew up in a large family in the beautiful Gila Valley of southern Arizona. From the time Laura was young, she spent hours drawing characters on paper and fantasizing about their adventures. Life became more serious, however, when she met her own hero at Northern Arizona University and they later became the parents of six children.Â
Â
In between spurts of grocery shopping, sewing costumes or quilts, transporting kids to practices, and making dinner, Laura still enjoys putting her imagination to good use. She is the author of seven novels and three novellas. 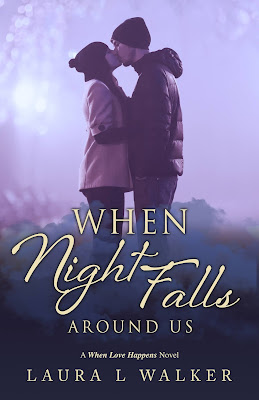 “Nineteen-year-old Felicity Everstone is living her dream while attending college and serving alongside her parents in the North Atlanta Georgia Mission for the LDS Church–not to mention dating a charming guy who sweeps her off her feet. But when she is unexpectedly sent home to Idaho to care for her nephew through her sister-in-law’s difficult pregnancy, and the friend she has been sharing the gospel with no longer wants to pursue that path, everything that once brought light and joy into her life nearly flickers out. Until she meets her good-looking but solemn neighbor, Erik.
Erik Cannon has already lost the love of his life. Now, as a young, successful businessman, making money seems to be his God-given talent, but he can no longer ignore the emptiness he feels inside. He needs to find purpose and meaning in his life once again. When his best friend’s sister comes to help her family through a crisis, Erik’s heart is reawakened. He senses this is a second chance at love for him, and that he and Felicity might be able to build a beautiful life together–until her old boyfriend comes back into the picture.
When darkness settles over Erik and Felicity’s path, will their emerging love be enough to light the way?”

Snippet:
Felicity was elbow-deep in a sink full of dirty dishes when the doorbell rang. She quickly washed and dried her hands while Timmy tried to open the locked door. â€œWait for me, Timmy,â€ she called, unlocking the deadbolt and gently removing his hands from the knob. A delivery man stood on the porch steps, holding a huge bouquet of yellow and red roses in one hand and a clipboard in the other. â€œYes?â€
He rattled off Dustin and Lindyâ€™s address. â€œA delivery for you, maâ€™am. Sign here, please.â€
Aw, how sweet of Dustin. They would really cheer Lindy up. She took the clipboard and signed her name. He quickly handed the vase over and called out his goodbye.
Shivering against the cool breeze outside, she brought the bouquet inside and set it on the table. â€œWow, Aunt Fis-a-tee! Are all those flowers for you?â€
â€œUm . . .â€ Searching for the card, she grabbed it and pulled it out of its envelope. It read:
Felicity,
Sorry this is a day late. Just wanted to give you a little happiness of your own since youâ€™re always giving it to others.
So they werenâ€™t for Lindy. They were hers. But from whom? There was no signature. Odd. Certainly, if it had been from her mother, she would have let Felicity know. And the handwriting would have been fancier–swoopy. She didnâ€™t recognize the handwriting of this person.
Dustin walked in the door and stopped when he saw the bouquet. â€œWhoa!â€
â€œWhoa is right,â€ she quipped.
Coming closer, he read the card. â€œYou have a secret admirer, eh?â€
Felicity narrowed her eyes. â€œYou mean you didnâ€™t send this?â€ After her parents, Dustin was her next suspect.
He shook his head. â€œNope.â€
Strange.
Â
Â

To sell the homes of elderly, terminally ill people