Welcome to St. Ives, the charming
seaside town where even a down-on-her luck bride might find her way
back to love . . .
As if being left at the alter for the
third time isnâ€™t bad enough, Lady Alice Hubbard has now been dubbed
â€œThe Bad Luck Brideâ€ by the London newspapers. Defeated, she
returns to her familyâ€™s estate in St. Ives, resolved to a future as
a doting spinster. After all, a lady with her record of marital
mishaps knows better than to dream of happily-ever-after. But then
Alice never expects to see Henderson Southwell again. Her beloved
brotherâ€™s best friend disappeared from her life soon after her
brotherâ€™s death. Until nowâ€¦
Alice is just as achingly beautiful as
Henderson remembers. And just as forbidden. For the notorious ladiesâ€™
man made one last promise to Aliceâ€™s brother before he diedâ€”and
that was never to pursue her. But one glimpse of Aliceâ€™s sorrow and
Henderson feels a powerful urge to put the light back in her lovely
eyes, one lingering kiss at a time. Even if it means falling in love
with the one woman he can never call his bride . . .

Jane Goodger lives in Rhode Island with
her husband and three children. Jane, a former journalist, has
written seven historical romances. When she isnâ€™t writing, sheâ€™s
reading, walking, playing with her kids, or anything else completely
unrelated to cleaning a house.
Website
* Twitter * Amazon
* Goodreads

Victor
Blackburn is living on borrowed time. An ancient curse violently
claims the life of each Blackburn male on his twenty-seventh
birthday. As his approaches, his only hope of survival is a witch who
vanished long ago without a trace.
Mercy
Seymour eagerly counts down the days until the curse will claim
Victorâ€™s life. She watched him murder her mother, and only his
death will free her of the hatred and anger she harbors.
When
fate throws them together in Devilâ€™s Cove, desire simmers between
the handsome pirate and the spirited barkeeperâ€™s niece until they
learn the truth about each other. Desperate for her cooperation,
Victor spirits her away to Blackburn Castle in the Scottish
Highlands, where forces of magic and mists from beyond the grave
weaken her resolve, opening her eyes to the truth of the past.
As
Victor and Mercy unearth the fabled stones needed to break the curse,
they discover that the only weapon powerful enough to destroy hate is
love. But will they have to sacrifice their relationship to save what
means the most to them?
RELEASE
DATE of April 10, 2017
Goodreads * Amazon

Shrouded
in unspeakable horror and spoken of only in whispers, the abandoned
Devil’s Cove Manor lures Captain Devlin Limmerick and his
unquenchable thirst for revenge to its doors. Feared as the Devil on
the high seas, the pirate’s desire to avenge his past is matched only
by his hunger for the powerful young medium he has coerced to aid him
in his nefarious quest.
Blinded
from youth and touched with an ability to communicate beyond the
grave, Grace is both feared and revered by the uneasy town folk. Yet
she is powerless against the unrest brewing within the manor walls
and finds herself drawn to the Devil’s darkness. Still, she refuses
to sacrifice her soul to set Devlin’s unspeakable plans in motion.
But
an evil lurks within these walls, and their very souls are in
jeopardy. Grace’s presence at the manor spurs inexplicable
happenings, forcing Devlin to believe nothing is as dead as it seems
– not even his heart. Plunged into the throes of passion and danger,
they discover the only way out is to search deep within and summon
the courage to believe in true love.
Goodreads * Amazon
Â
Â

R.C.
Matthewsâ€™ debut book entitled Little White Lies, was conceived in
1997 while living in Cologne, Germany. However, marriage, children
and a day job that paid the bills put writing the book on the back
burner until 2012 when she discovered the folder with her research in
the basement while reorganizing! Determined to finally realize her
life-long dream of writing a book, R.C. Matthews spent 15 months
writing on weekends to complete the manuscript.
R.C.
Matthews was raised in the Metro-Detroit area by deaf parents along
with four siblings. She graduated from a liberal arts college with a
B.A. in Accounting and German and continues to work as a certified
public accountant. She enjoys traveling with her loving husband and
children, reading, down-hill skiing, and playing board games.
Talisman and LIFE are high on the list of favorites at her home.
R.C.
Matthews is the author of contemporary and historical romances
featuring bold, sassy heroines and magnetic alpha heroes. Warning!
The chemistry between her characters is off the charts hot, so read
at your own risk. She resides in the Midwest and is surrounded by
men: her husband and three sons. During her free time you’ll find her
watching The Walking Dead, reading a fabulous book or hanging out
with her family.
Website * Facebook * Twitter * Amazon * Goodreads
Â 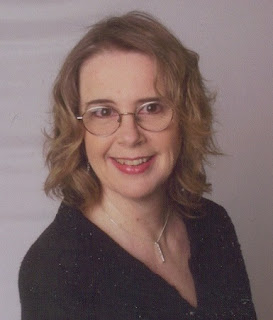 As a young girl, Linda was often found
lying on her bed reading about fascinating characters having exciting
adventures in places far away and in other time periods. In later years, she
read and then started writing romances and achieved her first publication–a
confession story. Married with 4 adult children and 2 granddaughters, Linda now
writes heartwarming contemporary and historical stories with a touch of humor
and a bit of sass from her home in the southern California mountains.
Connect with the Author here:Â
~ Facebook ~ Website ~ Blog ~ 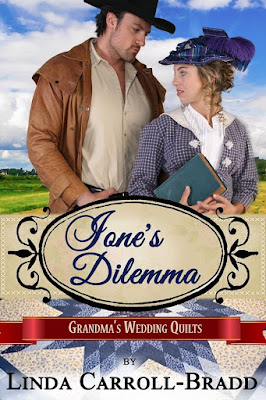 When Ione Forrester calls off her
wedding, she becomes the social pariah of Des Moines. Much to her society
parentsâ€™ chagrin. To escape the gossip, Ione accepts a teaching job in Dorado,
Texas, vowing to avoid scandal at all costs. Relocating from a doctorâ€™s
household with cook and maids to a room in a boarding house is quite an
adjustment. Then she has to face her biggest challengeâ€”a schoolhouse full of
students.
Â
Carpenter Morgan Shipleyâ€™s business is
doing well and now heâ€™s looking for companionship. An ad for a mail-order brideÂ brings a deluge of letters, which prove more than he can handle. To his
surprise, an intriguing woman from a big city arrives in his small Texas town.
Correspondence is nothing like interacting with a flesh-and-blood woman every
day. But gossip-leery Ione wants nothing to do with Morganâ€™s attempts at
courting, which makes him try even harder.

Snippet #1Â
Â
In the
next instant, Ione shot upright and clamped a hand on the wooden slat in front
of her. Blood pounded in her ears, and she thought she might faint. Last night,
Bradford told her he had to attend a lecture series and couldnâ€™t accompany her
to the opera house performance of Das Rheingold. So why was he
canoodling with another woman on a trolley at eleven in the morning?
Â

Linda Weaver Clark has done it again…Â The Â Amelia Moore Detective Series — Her Lost Love has been published to the excitement of all her fans.

Linda Weaver Clarke is from Color Country, which is located in southern Utah. Itâ€™s a beautiful area full of red mountains, which sits likes an oasis in the middle of the desert. She travels throughout the United States, teaching and encouraging people to write their family history and autobiography. She is the mother of six daughters and has several grandchildren. Clarke is the author of several historical romances, a mystery/adventure series, a childrenâ€™s book, and a cozy mystery series. All her books are family friendly. Visit www.lindaweaverclarke.com.