What she thinks is her new beginning, leads her towards something that perhaps was never meant for her, but her journey pushes her to her destiny

Amaranthine a Historical drama and romance 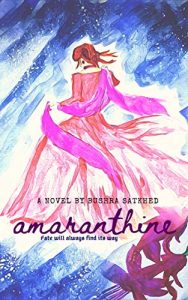 Genre: A historical drama romance fiction novel. Synopsis: Set in the early 19th century, the story entails the life of Amaranthine, a young peasant girl who lives in the outskirts of the Kingdom of Elynasia. She leads a humble life filled with hardships in the woods with her mother. Though she dreams of adventures full of thrills and excitement, she remains grateful for the little things she receives. In a turn of events, when Amaranthine encounters a young man, her life unfolds a new chapter. What she thinks is her new beginning, leads her towards something that perhaps was never meant for her, but her journey pushes her to her destiny.

You can watch the book trailer here: https://www.youtube.com/watch?v=H0RWstyaMqE 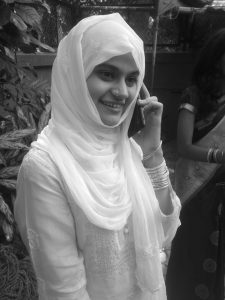 About The Author:
Bushra Satkhed is an Indian journalist and author who has appeared on national television (NDTV) and published with a national newspaper (Indian Express). She is pursuing her master’s degree in Journalism and Mass Communication. She self-published her first book at the age of fourteen called The Sender. She loves to experiment with every genre of fiction writing and has successfully authored murder mystery-thriller, children’s illustration books and now a historical romance drama. She looks forward to publishing more novels based on horror, poetry, adventure, short stories and fantasy genres in the near future. Writing has always been therapeutic for Bushra. She is also a part of an upcoming anthology called ‘The Turning Point’ which talks about a major wound of her life that helped her grow and is still healing. She looks forward to write her next novel in the fantasy category. She successfully runs a freelance side business online to fuel her passion for designing which was launched in May 2019.
Bushra’s previously self-published books available online:
The Sender
Little Angels Children’s Book