What if all the gods of the earth once existed? 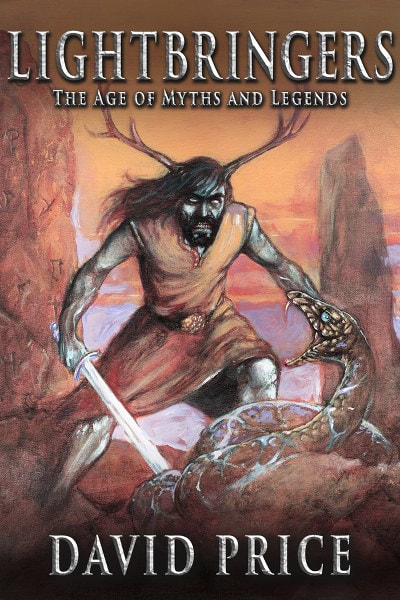 Lightbringers:
The
Age of Myths and Legends
by
David Price
Genre:
Fantasy
Â

What
if all the gods of the earth once existed? Long ago a superior race
once came to earth and became humanityâ€™s gods. The story is set on
a post cataclysmic earth. Technology has vanished and been replaced
by magick. Myths and monsters once again roam the land.
Blending
H. P. Lovecraftâ€™s mythos, with the numerous mythologies of the
earth created a rich mythic landscape. Two groups of gods once
descended on the earth, Lovecraftâ€™s horrific alien, inhuman beings
and the superior, god-like race, known as the Watchers, (the Elder
Gods described by August Derleth).
LightbringersÂ is
a Grimdark Fantasy set on a dying earth, twenty thousand years from
now. The stars are right and the Great Old One asleep at the bottom
of the world finally stirs in his terrible slumber. One reluctant
hero, a half-breed child of the Elder gods, and his companions set
out on a globe-spanning quest, populated by creatures of myth and
beings of legend, to save the Earth from the evil that threatens to
destroy it.
***Reviews***
“David
Price’s LIGHTBRINGERS is exactly what I look for in a fantasy novel.
Fast paced, exhilarating and far removed from the cookie cutter
fiction you run across all too often. Do yourself a favor and read
this one!” â€” James A Moore, author of the SEVEN FORGES and
TIDES OF WAR series of novels.
“With
evocative language, powerful metaphor, and careful attention to
detail, Price brings us a world we can immerse ourselves in and not
want to leave.” â€” Irene Radford, author of The Dragon Nimbus
Novels, Merlin’s Descendants Series, and The Stargods Trilogy
â€œDavid
Priceâ€™s LIGHTBRINGERS mingles a broad spread of myth and genre
tropes into a fascinating tale. Adding touches of history, locales
and dark lore, Price weaves a fine tale that will grip even a casual
reader. LIGHTBRINGERS splits the darkness of a lurid world.
Fascinating, funny and paced to please, LIGHTBRINGERS shines.â€ â€”
Steven L. Shrewsbury, Author of PHILISTINE, OVERKILL, WITHIN and
co-author of KING OF THE BASTARDS (with Brian Keene) and BAD MAGICK
(with Nate Southard)

Do you see writing as a career?

Iâ€™d sure like it to be! Iâ€™m currently involved in several writing organizations like the New England Horror Writers, the Horror Writers of Maine, the Horror Writers Association, and the Science Fiction and Fantasy Writers of America. Iâ€™m most heavily involved in the NEHW, as Iâ€™ve been one of the editors on their last three anthologies, Wicked Tales, Wicked Witches, and Wicked Haunted. For the HWOM I solo edited the horror anthology Northern Frights. That was a lot of work and Iâ€™m not sure Iâ€™d solo edit something again, at least not as long as I still have my day job. Maybe if I could write full time Iâ€™d reconsider that. I only have so much free time as it is and I need to pick and choose my projects wisely. Now that Lightbringers is finally out there, I really wanted to focus on getting the next book done. Canâ€™t disappoint the readers!

Who designed your book covers?

My publisher, Crossroad Press has this fantastic in-house cover designer named David Dodd. The thing is, I wanted something withÂ  little more of a classic fantasy book cover like the ones I grew up with and that really isnâ€™t Davidâ€™s thing. A few artists were suggested to me but I settled on Alex McVey, who is best known for doing much of the artwork for The Dark Tower series. That was exciting, working with someone who had worked on my of my most beloved series. Iâ€™m really thrilled with how the cover came out and I hope I can continue to use Alex in the future.

What can we expect from you in the future?

At least more six more books in the Lightbringers series, I hope. I originally plotted out the series for seven books, but I only got about to the halfway point of where I planned to finish book one. I was told new writers could only get away with so high of a word count or it wouldnâ€™t sell, so I decided to find another point where I could break off the story. If it takes off enough, I could probably get away with higher word counts, but weâ€™ll have to see. So six books, at least, if I have my way. And Iâ€™m sure youâ€™ll see my name as editor on more anthologies in the future. Iâ€™ve already been approached about a couple, but most likely nothing this year, which is fine with me, because I really need to focus on the follow-up to Lightbringers. Aside from those projects, I have lots of ideas for short stories Iâ€™d like to write, the only problem is finding the time to write them. If only I could clone myself! What I really need is a better system of managing my free time. Eventually Iâ€™d like to work in a horror novel, maybe even a science fiction novel, here and there. For now, though, itâ€™s full steam ahead in fantasy land. 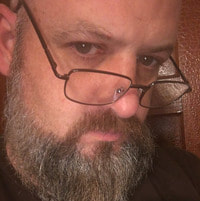 David
Price grew up watching Creature Feature and reading comic books. He
has been a fan of horror, fantasy, and science fiction his whole
life. In college, his freshman composition teacher suggested that he
major in English and focus on his writing. After working for more
than twenty-five years as a contractor, David has decided use his
imagination and follow his dreams. He is an active member of the New
England Horror Writers.
Website
* Facebook *
Twitter * Pinterest
* Amazon
* Goodreads
Â
Â