Does a pattern of five knife wounds provide a clue? 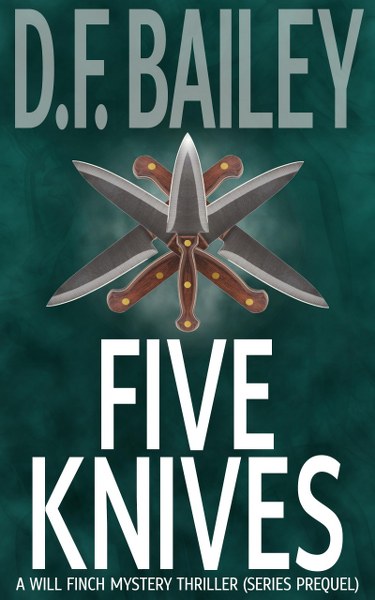 One
Reporter.
Three Dead.
Five Knives.
FIVE
KNIVES welds the intensity of Jack Bauerâ€™s â€œ24â€ to the
scorching heat of THE GIRL WHO KICKED THE HORNETâ€™S NEST.
â€œThe
author is a great talent.â€ â€” Aaron C. Brown, Amazon Top 1000
Reviewer
When
a man plummets to his death from an apartment tower, Will Finchâ€™s
shock soon becomes a nightmare. As he studies the open windows above
the corpse, Finch notices a lamp blinking erratically behind a drawn
curtain on the eleventh floor.
When
he investigates the distress signal, Finch discovers a woman
handcuffed to a bedpost. Over the following week, he uncovers a
conspiracy that ties the murder to a series of bombshells. The
victimâ€™s bankruptcy. A global stock fraud. A murder spree that
began in Baghdad and is now haunting the citizens of San Francisco.
Is this the work of a serial killer, a copycat â€”Â or both?
But
before he can file his report for The San Francisco Post, Finchâ€™s
leads evaporate. Within days, three victims are dead. Does a pattern
of five knife wounds provide a clue? Can he unravel the mystery
before he â€” and his fiancÃ©e â€” are caught up in the web of
murder?
Five
Knives is the prequel thriller in the Will Finch crime series â€” a
novel that opens on the first day of Will Finchâ€™s journalism
career. Everything that Finch learns about crime reporting begins
with Five Knives.
Goodreads
* Amazon
Â
Â 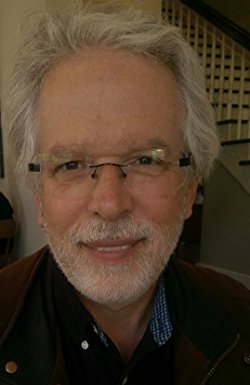 An
Amazon bestselling author, D.F. Bailey is a W.H. Smith First Novel
Award and a Whistler Independent Book Award finalist.
In
2015 D.F. Bailey published The Finch Trilogy â€” Bone Maker, Stone
Eater, and Lone Hunter â€” three novels narrated from the
point-of-view of a crime reporter in San Francisco. Second Life
(2017) is the first in a series of stand-alone books that follows the
characters established in the trilogy. The series prequel, Five
Knives, came out in 2018.
His
first novel, Fire Eyes, was optioned for film. His second novel,
Healing the Dead, was translated into German as Todliche Ahnungen.
The Good Lie, another psychological thriller, was recorded as an
audiobook. A fourth novel, Exit from America, made its debut as an
e-book in 2013.
Following
his birth in Montreal, D.F. Bailey’s family moved around North
America from rural Ontario to New York City to McComb, Mississippi to
Cape May, New Jersey. He finally “landed on his feet” on
Vancouver Island â€” where he lives next to the Salish Sea in the
city of Victoria.
For
twenty-two years D.F. Bailey worked at the University of Victoria
where he taught creative writing and journalism and coordinated the
Professional Writing Cooperative Education Program â€” which he
co-founded. From time to time he also freelanced as a business writer
and journalist. In the fall of 2010 he left the university so that he
could turn “his pre-occupation with writing into a full-blown
obsession.”
Website
* Facebook
* Twitter * Amazon
* Goodreads
Â
Â