Forget everything you think you know about myths and legends, James Pyne’s Big Cranky connects them all in an epic web of deceitful betrayal, love, and loyalty

Forget
everything you think you know about myths and legends, James Pyne’s
Big Cranky connects them all in an epic web of deceitful betrayal,
love, and loyalty. A capricious tale of gods, showing human quirks
are not only wasted on the mortals. A tale of many deities treading
lightly around a superior as the world begins.
Goodreads
* Amazon

James
Pyne hails from Nova Scotia, Canada, and has been a scribe for the
Universe much of his life. He’s a firm believer in being able to
write in every genre, to make his world building and characters
hopefuly come out genuine. No matter what he writes it will have some
form of darkness, nothing is pure light in any worlds James creates
and rumor has it, his surviving characters are plotting his demise.
When it comes to his past time, much of it is spent learning the
craft, but he does enjoy gardening and playfully tormenting those he
loves. When he’s not writing, or working his day job, he’s traveling.
The Andalusia region of Spain the last place that tolerated him.
Favorite
authors: John Gardner (Grendel, Sunlight Dialogues). Fyodor
Dostoevsky (The Brothers Karamazov). Clive Barker (Imajica,
Weaveworld, Books of Blood). Terry Pratchett (Good Omens, Bad Omens).
J.R.R. Tolkien (Lord of the Rings). And all the scribes who carried
on the tradition of myths throughout the ages.
Facebook
* Amazon
* Goodreads

Charlottesville, Virginia, and its 12 surrounding counties are filled with history and charm. They also hold spirits who arenâ€™t ready to leave their beloved homes or families behind 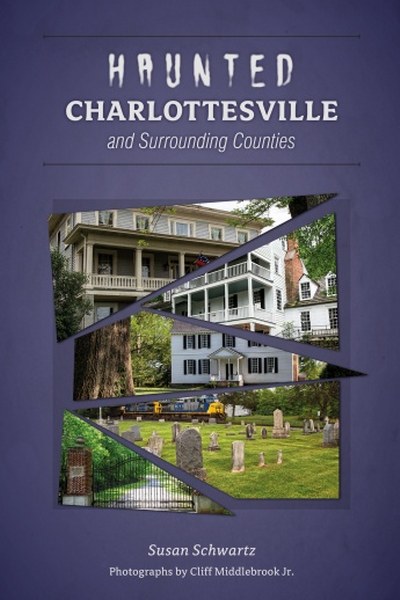 Charlottesville,
Virginia, and its 12 surrounding counties are filled with history and
charm. They also hold spirits who arenâ€™t ready to leave their
beloved homes or families behind. Visit more than 75 haunting
locations with this experiential and historical guide. Shiver your
way through haunted graveyards, mansions, parks, private residences,
and other locations as you discover the past and learn of current
lingering ghosts and the havoc they continue to instigate. Have you
ever pondered about the spiritual implications from murders of olde?
Think you might like to be pinched by a ghost or have your name
called when no one is there? Interested in what a paranormal
investigative group might find? Then make plans to explore these
strange and frightening locations. Contact information is provided
for those places allowing visitations. But when you visit, be ready
for a haunting good time!
Add
to Goodreads
Amazon
* B&N
* Google
* Schiffer
Books
Â
Â 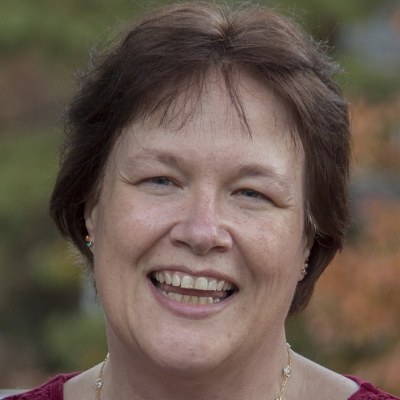 Susan
Schwartz RN, MSN, MSHA has been an avid writer for around 10 years
doing everything from writing freelance articles to editing
manuscripts for other authors. She loves to write horror stories that
have a twist at the end.
Â
Her
alter ego is a former Operating Room Nurse, current Nurse Educator
who loves creating tales from the interesting and weird things she
has seen. She is a member of the Horror Writers Association and the
Virginia Writers Club where she has served as President of the
Richmond Chapter in the past. She also has two novels in the works, a
paranormal romance and a medical thriller. In her spare time, she
loves to read, crochet, and travel to such places as Italy, Spain,
Australia, and Korea.
Â
Website
* Facebook
* Amazon
* Goodreads

Five
weeks ago Carly Drake stood at her grandfatherâ€™s grave. Now sheâ€™s
burying Drake Truckingâ€™s top driver, and the cops have no leads on
the hijacking or murder. Faced with bankruptcy, phone threats and the
fear of failure, Carly has to team up with the last man she wants to
oweâ€”Lincoln Cain.
Â
Cain
is magnetic, powerful, controllingâ€”and hiding more than one secret.
He promised Carlyâ€™s granddad heâ€™d protect her. The old man took a
chance on him when he was nothing but a kid with a record, and now
heâ€™s the multi-millionaire owner of a rival firm.
But
Lincâ€™s money canâ€™t protect Carly from the men whoâ€™ll do
anything to shut her down, or the secrets behind Drake Trucking. If
she wonâ€™t sell out, the only way to keep her safe is to keep her
close . . . and fight like hell.
Add
to Goodreads
Amazon
* Kensington
Books * Barnes
& Noble * Books-A-Million
Hudson
Booksellers * Apple
ibooks * Google
Play * Kobo
Â
Â
Â

Kat Martin is the New York Times
bestselling author of sixty-five books across multiple genres.
Sixteen million copies are in print and she has been published in
twenty-one foreign countries, including Japan, France, Argentina,
Greece, China, and Spain. Her books have been nominated for the
prestigious RITA award and won both the Lifetime Achievement and
Reviewerâ€™s Choice Awards from RT Book Reviews.
A resident of Missoula, Montana, Kat is
a graduate of the University of California at Santa Barbara, where
she majored in Anthropology and also studied History. She and her
author husband, L.J. Martin, spend their winters in Ventura,
California. She is currently writing her next Romantic Suspense.
Website
* Facebook *
Twitter * Goodreads
* BookBub
* Amazon

Luccia Gray was born in London, and now lives in the south of Spain with her husband. She has three children and three grandchildren. When she’s not reading or writing, she teaches English at an Adult Education Centre and at University.Â

Following Edward Rochesterâ€™s death, Jane Eyre, who has been blackmailed into marrying a man she despises, will have to cope with the return of the man she loved and lost. The secrets she has tried so hard to conceal must be disclosed, giving rise to unexpected events and more shocking revelations.
Romance, mystery, and excitement will unfold exploring the evolution of the original characters, and bringing to life new and intriguing ones, spinning a unique and absorbing narrative, which will move the action from the Yorkshire countryside, to Victorian London, and across the Atlantic Ocean to Colonial Jamaica. END_OF_DOCUMENT_TOKEN_TO_BE_REPLACED

Anything but a typical aristocrat, young Baroness Marie-Louise is not afraid to roll up her sleeves and get to work, especially when it comes to saving her ancestral estate. Determined to shake loose the shackles of propriety and gain the warm family life her upbringing denied her, she has vowed to marry a man of lower rank. Blue-bloods need not apply. END_OF_DOCUMENT_TOKEN_TO_BE_REPLACED