Will Roberta and Big Mike’s animosity toward Ava be enough to discourage Leon from succumbing to her charms?

She’s
Having a Baby
The
Saints of San Diego Book 1
by
Suzanne Jenkins
Genre:
Contemporary Romance

Devon
Lyon has the perfect life. With childhood friend Mike Saint, they
follow a long line of Saints into the fire academy, including Mike’s
uncle who is the battalion chief. After graduation, Mike meets the
love of his life, nursing student, Aisling Murphy. The last thing she
has time for is marriage, so she talks Mike into living together.
Then, right before fire season, she finally agrees to marry Mike, and
the worst wildland fire in California history changes life for Devon
and his best friends, the Saints.

When
firefighter Tony Saint laid eyes on EMT Bridget Clark, it was love at
first sight.

Not
for her so much, but almost.
She
was the mother of an infant from a one-night stand, but he didn’t
care, and that melted her reluctant heart. The Saints embraced her
too, doing everything they were able to welcome her into the family.
Then
a surprise would put their love to the test. When the unexpected
happened, that love would carry them through any trial.

Burning
For the Nanny
The
Saints of San Diego Book 3

Roberta
and Big Mike Saint’s fourth son, Leonardo, or Leon, is a player.
Following in the footsteps of his namesake grandfather, father, uncle
and brothers he graduates from the fire academy and is hired at
Station #34 where he begins his career as a firefighter.

But
during his first week on the job, a surprise visitor, someone he
barely remembers from a one-night stand, shows up on his parents’
doorstep with demands he’s not prepared to make, including the
possibility that he could jeopardize his position at the
firehouse.
Then Ava, a beautiful neighbor with a reputation
comes to the rescue. Will Roberta and Big Mike’s animosity toward
Ava be enough to discourage Leon from succumbing to her charms? Or
will his need for her force him to grow up, once and for all?
**Only
.99 cents!!**
Goodreads
* Amazon

The house and her grandfather could both use some TLC 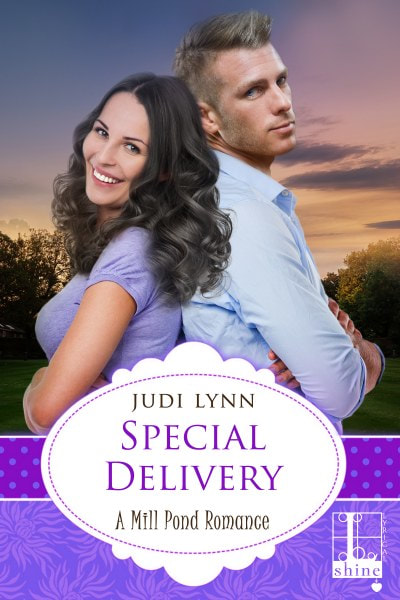 In
Mill Pond, Indiana, neighbors always look out for each other. And
even though tourists are drawn to the small townâ€™s charms, itâ€™s
the locals who fill it with warmth . . .
Traveling
nurse Karli Redding doesnâ€™t have many fond memories of her aging
grandfather, Axelâ€”or of Mill Pond. But with Axelâ€™s health in
decline and Karli on a monthâ€™s hiatus between jobs, she volunteers
to set him up with the help he needs. The house and her grandfather
could both use some TLC. Good thing Keagan Monroe, the very
attractive mailman next door, is always ready to lend a handâ€¦
Not
a lot slips by a mailman, and Keagan appreciates Karliâ€™s dogged
attempts to spruce up the neglected property. Painting, fixing the
sagging porch, delivering a constant stream of casseroles from caring
neighborsâ€”heâ€™ll help however he can, all while keeping his
feelings under wraps. A short-term fling just doesnâ€™t fit into his
schedule. But with each passing day, Karliâ€™s bond with the town
grows a little deeper. Has fate sent her exactly where she needs to
be? Karliâ€™s willing to find out, and the first step is figuring out
the perfect route to Keaganâ€™s heartâ€¦
Add
to Goodreads
Amazon
* Apple
* B&N
* Google
* Kobo
Â

Special Delivery by Judi Lynn Is an adult Holiday romance at its best. It has some adult situations and minimal swearing. The characters are quirky, though real enough for some to be obnoxious while others are lovable. It is a nice reading that will keep you entertained from page one.

When professional nurse Karli arrives at Axel, her grandfather’s house, she expects to be the only one who’ll help him. Her mother told her that things wouldn’t go well since her grandfather is an obnoxious old coot. So, when she finds there the wonderful, caring and great looking mailman, Keagan, she can’t figure out why he puts up with the old coot. All seems tolerable at first, while she cleans, cooks and paints the dilapidated house, with the help of Keagan and the neighbors who want the house to not be an eyesore in their tourist town. She and Keagan, meanwhile, get a chance to get to know each other, especially, when his friend Brad isn’t trying to make a play on Karli. About when that happens right before Thanksgiving, her two-obnoxious aunts and her uncle show up for their early inheritance. Â Life gets interesting.

Special Delivery by Judi Lynn will be well received by romance lovers everywhere. 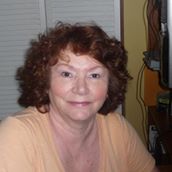