Arachnosaur, they have declared war against all of humanity 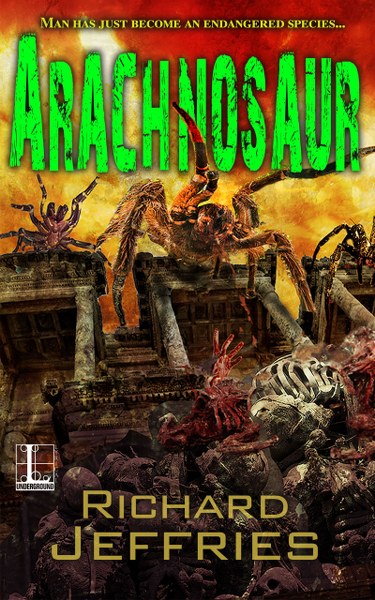 Desert
Swarm
After
his superior officers are killed in action, Corporal Josiah Key
assumes command of the 3rd Battalion, Marine Raiders. In the tiny
village of Shabhut, Yemen, while trying to put the blast on ISIS
forces, an even deadlier enemy emerges: ancient, unreasoning
creatures who tear into both U.S. troops and terrorists without
mercy, leaving brutally dismembered corpses in their wake.
They
are known as the Idmonarchne
Brasieri,
giant prehistoric spiders roused from millennia-long slumber by
power-mad terrorists. These aptly-named â€˜Arachnosaursâ€™ are
hungry. Theyâ€™re angry. And they have declared war against all of
humanity . . . whose days might just be numbered unless Key and his
unit can stop them.
Add
to Goodreads
Amazon
* Apple
* B&N
* Google
* Kobo
Â
Â 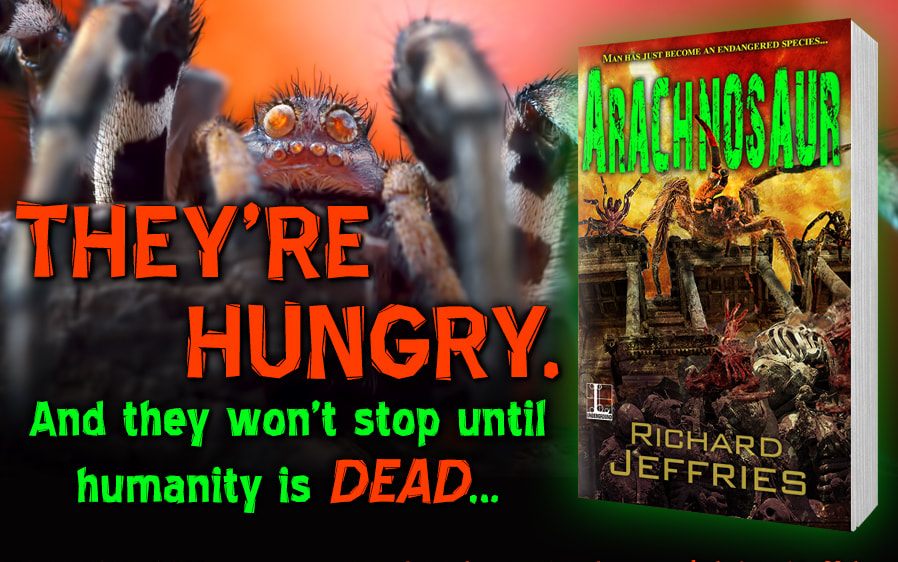 Richard
Jeffries holds
a degree in Creative Writing, obtained before he went to work for
American intelligence. He has seen the worldâ€”and things in itâ€”which
inspired the writing of these novels. Now retired from covert ops,
Jeffries divides his time between rural Connecticut and London. In
his spare time he pursues his lifelong interest in Kung Fu and
classical piano.
Goodreads
Â
Â

Julie Coulter Bellon author of “All Fall Down” an interview

Julie, how long have you been writing?

I have been writing as long as I can remember. I once placed in an essay contest in second grade and knew from that moment on I wanted to be a writer. And a veterinarian. And a ballet dancer. And a doctor. But I finally narrowed it down to just being a writer.

Nicely done. Tell us where you were born and where do you live now.

I was born in Canada and came to the United States to attend university. END_OF_DOCUMENT_TOKEN_TO_BE_REPLACED

When eight parade floats explode during the annual Fourth of July celebrations, Agent Chris Harmer must find who planted the bombs before the terrorists strike again.

The eBay Plot by Charles A. Salter.

This tale contains unnecessary swearing but it is not overbearing. It would work better with more dialogue so the information doesnâ€™t feel to overwhelming. The method utilized usually slows down the tale and may lead it to become boring. You donâ€™t want to lose your readers.

The story starts with a great first paragraph; END_OF_DOCUMENT_TOKEN_TO_BE_REPLACED

We find in Dangerous Game a thrilling book about terrorists and the Olympic games that come to Utah for the second time. This story is well done, clean and has characters who are Mormons. I recommended it to all who enjoy thrillers, detectives and donâ€™t mind a sprinkle of Mormonism here and there. It isnâ€™t preachy at all, nor is it a conversion tool. What it is, though, is a great reading for all readers from pre-teens to adults.

It all starts when Peter is asked by the FBI to investigate a murder in rural Utah. This results in contingency with his job as a security officer for the LDS church. He not only meets the deceased man, but also the police woman who will become his partner in this bizarre case.

Why would anyone kill a God-fearing man and call the police to tell them where his body is? Just a few days later, Peter and his partner find that that there have been other cases like this one. All the bodies had been bitten before they were killed. Are they dealing with a serial killer, or some other type of villain who doesnâ€™t care for human life?