“Cindy M. Hogan is a bestselling author of young adult suspense andÂ action and adventure novels that always have a dash of clean romance. After herÂ first series, The Watched Series, skyrocketed her to number one, she hasnâ€™t letÂ up and now has over 20 novels to her name. 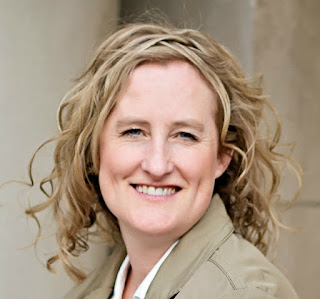 Sheâ€™s always on the move and never sits down to write, instead she walks
and talks into a recorder and lets her computer transcribe her words. If she
isnâ€™t writing or editing, sheâ€™s teaching, gardening or doing crafts. Youâ€™llÂ always find her listening to an audiobook while working in her park-like yard,Â cooking or baking something delicious. She dreams to someday have a German
style bakery with a cute to-go window for Gelato.
Cindy loves to create and her most prized creation is her two amazingÂ daughters, and she secretly wishes they were teenagers again. She loves to beÂ home, but her husband is a die-hard traveler and takes her family around theÂ world. During her travels, she finds an endless supply of story ideas,Â characters and settings, walking away with either a suntan or jetlag.
Her contagious laughter is the cure to almost anything. To read a novelÂ of hers is to see a piece of Cindy, as she puts her all into every novel sheÂ writes.
To stay up to date on all things Cindy M. Hogan, join her book group
HERE.
http://www.subscribepage.com/sweptaway_copy_copy
Connect with the Author here:Â
Â ~ Website ~ Amazon ~ Blog ~Â 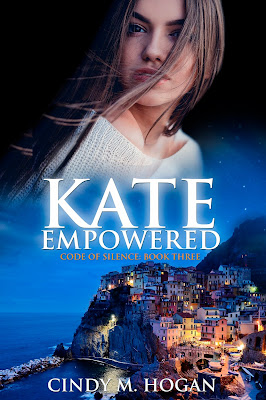 The Mafia has a stranglehold on
everything Kate loves, and Kate is determined to end it. First they claimed herÂ father, then destroyed her mother. The guy Kate cares for most is as much aÂ prisoner as the family who raised her. And now, after all sheâ€™s lost, the MafiaÂ wants to recruit her. But Kate has had enough. As long as the Mafia exists, sheÂ and her loved ones will live and die in fear, cowering under a dark,
all-encompassing power. That leaves Kate with little choice. With the help of
her Mafia-boss grandmother and a desperate wish for freedom, Kate must riskÂ everyone she lovesâ€”and everything she isâ€”to become the weapon that will takeÂ the Mafia down once and for all. If you like thought provoking, action-filledÂ novels, you will love the latest action/adventure hit Kate Empowered by CindyÂ M. Hogan. Buy Kate Empowered to continue the addicting Code of Silence Series and
enter the chilling and gripping world of the Mafia

Snippet:
Kate continued to look at herself in the mirror, shifting uncomfortably
as the two women talked. The whole situation reminded her too much of training
with Veronica for Marconiâ€™s club. Kate had been terrible at it, at least in the
beginning, though she had started catching on near the end. There wouldnâ€™t be
time to acclimate this time. Sheâ€™d be expected to perform right from the
get-go. A single mistake would get her killed and then what good was everything
sheâ€™d done? She would expose the whole family and get a lot of other people
killed too. Sheâ€™d been a fool to think she could do this. Some people were made
to be heroic, like her grandma, Bruno, Pascal, Abramo, and Marioâ€”but not her.
But she couldnâ€™t totally give up. She had to see justice done. Maybe there was
a way she could help behind the scenes. Help someone else be the hero.Â
Â